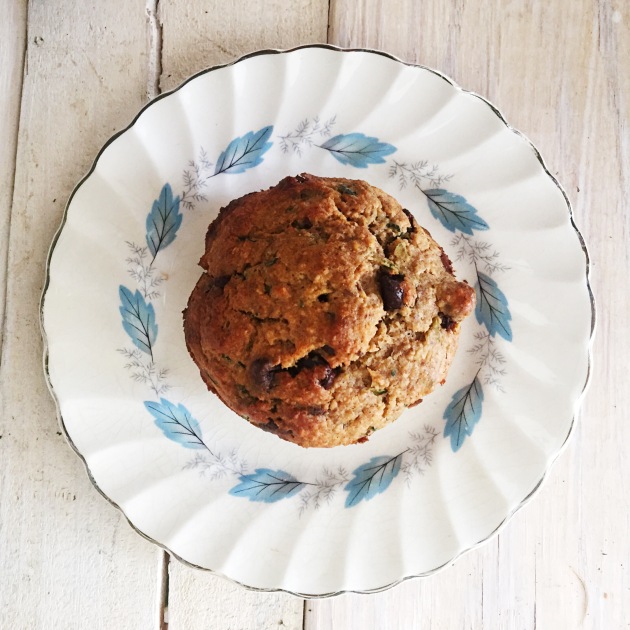 When Ezekiel was a baby I was adamant that he would not eat candy or processed sugar.  Most people thought I was nuts, extreme and unrealistic (and still do to some extent!).  I received so many comments and questions when I would talk about our (mostly my) decision to not introduce sugar into Ezekiel’s diet and those comments and questions were not always positive.  Regardless (and maybe in spite of those people) I maintained Ezekiel’s sugar free diet for a long time.  I would make him treats at home that were made with honey, maple syrup or coconut sugar.  At parties my friends always had healthier options and those are what I would offer to him to eat (before he could really understand what cake/candy was). Sometimes they would even have a whole section just for Ezekiel with dried fruit and nuts – yes I do have the best friends ever!

Over the last couple years sugar and treats slowly entered into our house and Ezekiel’s diet.  It started with my husband bringing home “treats” or buying Ezekiel treats when they went out together and those treats always involved sugar.  Then he would bring home bags of treats (gummy bears, marshmallows etc) and I began allowing a treat a day after quiet time.  These past 3-4 months it started to become an expectation in Ezekiel’s brain that he needed a treat and instead of correct that expectation we just gave into it.  When we were out he would start to demand a treat, when my husband would come home the first question Ezekiel had was if he had brought home a treat.  Then a few weeks ago Ezekiel started waking much earlier than he had ever woke, he started having trouble calming down for quiet time, his behaviour though not awful was out of character for him.

None of these things are inherently bad and can easily be explained away by Ezekiel getting older and hitting different stages of life but I had this nagging feeling in the back of my mind that something else was happening.  Two weeks ago I just got fed up with the constant questioning for treats, with the inability to listen to my instructions, with the lack of awareness of his behaviour and really just his expectation that he deserved a treat.  He was beginning to act entitled and that was REALLY bothering me.  It probably bothered me the most because I was the person to blame for that behaviour.  In some ways I felt helpless to change it.  I wasn’t sure how I could correct that behaviour through my parenting in a way that Ezekiel would understand.  Then one day I had a lightbulb moment – maybe sugar was to blame for some of this behaviour!

It’s no secret that sugar is bad for us – and I’m not talking about fruit or naturally occurring sugars but those sugars that are added to all our foods, those manmade sugars that tell our brain we need MORE MORE MORE. I could sit and read and write about the impact of sugar on our bodies all day – the topic is complex and has so many variables to it but the bottom line is that too much sugar has negative effects on our bodies in many ways.  Of course our bodies do need sugar to function and as a form of energy but the sugar that is added to packaged food and that is made by “man” is probably not going to do anything good for your body.

So, arming myself with this knowledge and allowing my frustration with myself and our situation with Ezekiel to be known I sat down with my husband and just said no more sugar – don’t bring treats, and start saying no more often and let’s see how this helps our situation. Now let me be clear that if you were to spend a day with us and observe Ezekiel you probably would not have picked up on the subtle little behaviours.  Overall he was still a very well behaved child because that’s his demeanour.  His nature has always been calm, he has always had an inclination to be obedient, he has always been very rational and for that I am eternally grateful.  Regardless, I knew that something was off and I knew that I needed to try my hardest to correct it now rather than wait.  So we completely cut out sugar about two weeks ago and I’m telling you the change has been drastic for us!

I sat down with him and we talked about his behaviour and about how sugar in certain treats can be bad for us by making us act in a way that isn’t the best.  We talked about how we were going to stop eating treats but that we could bake something that he would like using something sweet that wasn’t as bad for us.  We talked about balance and food and growing big and strong by eating food that would give our bodies the things it needed.  These were all conversations we had been having with him for a couple years but I took it one step farther by saying we were getting rid of all treats (for now).  He grasped the main concepts and for about a week we continued the conversation as he processed it.  The way he processes is by thinking about it and then bringing up little things that he’s been thinking about several times over a period of time.

The first couple days he asked for treats, then he stopped asking for treats and began asking for a muffin, then he stopped asking for anything sugar related at all.  This in and of itself was a HUGE win but it wasn’t the only change we’ve seen.  He started to say please and thank you unprompted, he started to offer to help in every situation (did you spill mom? Let me clean that up for you).  Although he still has energy and loves to bounce around, play and sing, he’s not so out of control when he’s running around playing.  Quiet times are now just that, instead of jumping up and down and roughing housing with toys he’s sitting quietly reading books or building with his blocks and sometimes even falling asleep again.

Perhaps the most surprising for me because I didn’t attribute this behaviour to sugar is that he is far less anxious about being alone on any level of our house.  For quite a few months he’s been crazy about always needing someone on the same level as him.  He would refuse to go up and down the stairs unless there was someone with him. It was something that was incredibly frustrating for us because he would desperately want something from a different level we were on but refuse to go alone to get it and then if we were busy and couldn’t help him he would have an emotional meltdown.  Even if you started to go down the stairs before him he would burst into tears – no exaggeration – the moment you stepped on that first stair.  It was bizarre and I kept blaming my husband because he used to play hide and seek with Ezekiel and then jump out and scare him (something I actually enjoy doing to my husband lol).  When we stopped sugar he began going upstairs and playing by himself for BIG chunks of time – praise the LORD! When I go down the stairs he’ll stay upstairs and play.  When Eden needs to be fed or changed in the middle of our meal he is 100% OK to stay and finish eating while I take care of Eden.  It is truly incredible and has really solidified my belief that sugar and kids are a bad idea.

Now, is it totally sustainable? I know that’s a question people are going to ask and going to challenge because it’s one I’ve been confronted with before.

When you can connect actions with behaviours in a way that is easy to understand your child can begin to grasp consequences.  We’ve been talking about food with Ezekiel for a long time, it’s something we deeply value and so it’s a constant conversation in our house.  I think because of this constant discussion Ezekiel finds it easier to grasp the concept that there are foods that are really good for us and there are foods that are not so good for us.  He understands that we try and eat the majority of good food and rarely eat the food that isn’t as good.  I also believe that this constant ongoing discussion will help Ezekiel to make good decisions for himself when we are not with him as he grows older.

We’ve already seen this in action.  The other day Ezekiel was looking in the freezer to get some frozen mango – his treat of choice lately – and found a stray gummy bear that fell from the top of the fridge before I threw them away.  He asked if he could eat it and in a moment of weakness (I really didn’t want to have an argument in that moment) I agreed.  The resulting behaviour over the next 2-3 hours was crazy.  In a period of 20 minutes he had burst into tears 4 times! I sat down with him and we talked about how sugar was making him feel and he was able to grasp the concept a little bit more than before.

No we won’t, but those instances will be few and far between and they will be reserved for very special occasions.  When Ezekiel asks for candy in a store we will stop and talk about how candy makes us feel and brainstorm something else we might like to eat instead that will nourish our bodies and minds.

It won’t be perfect – life never is, but I will strive to provide my kids with the best possible food so that their bodies can be as healthy as possible.

My name's Ashley, I'm a wife, momma, and nurse. I'm on a journey to simplify my life so that I can fully enjoy every moment without the distraction of "things". Thanks for stopping by and remember to say hello!
Follow Joy of Simplicity on WordPress.com