Monday’s in the Garden

I’m back to the grind of 6 day work weeks – whomp whomp.  It’s really not as bad as I sometimes make it out to be since I actually love both of my jobs the problem lies in the jobs I also love at home! The garden is on that list and this week is more of the same!

My pumpkins still have no actual pumpkins but they have been producing lots of male flowers.  I read a tip on Instagram about taking off all the male flowers until a female shows up on the scene, so I’ve been diligently picking the flowers.  I’m hopeful for at least one tiny little pumpkin that I can make pumpkin pie with.  I’ll settle for a pumpkin tart even! 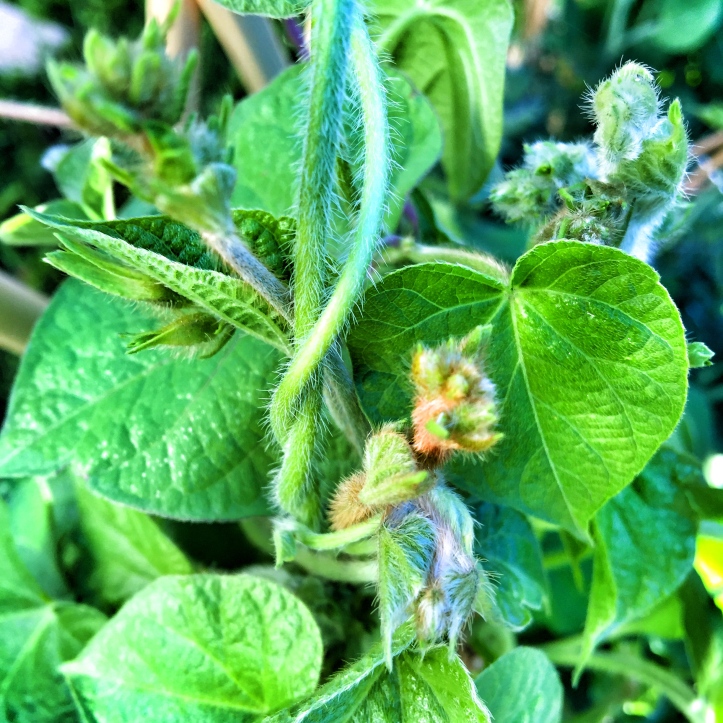 All my flowers are not yet flowering and I’m becoming more and more impatient!  These are the morning glories – they are doing lots of climbing and no blooming. 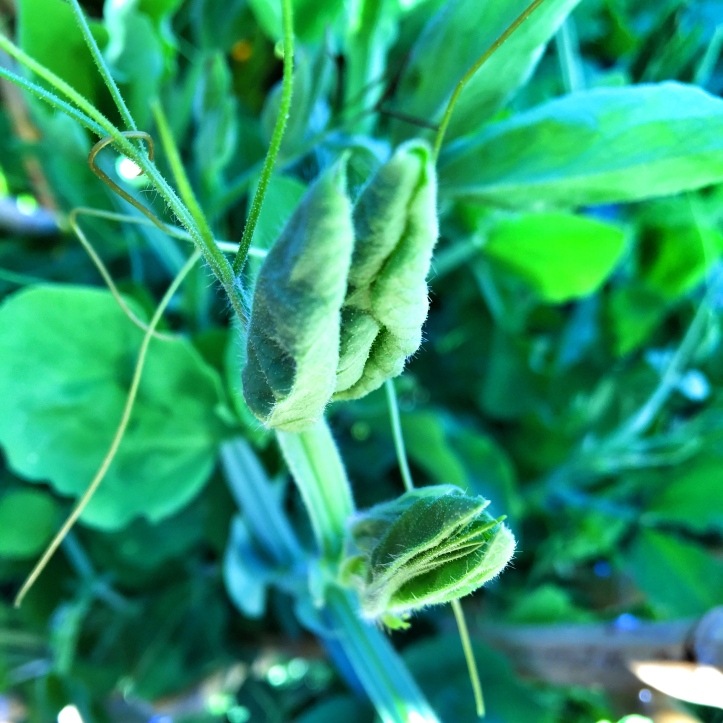 Sweet peas are more of the same – lots of climbing no blooms.

Here’s some excitement! One of my peppers is turning red! Hooray!

There’s still hope for some bigger and better zucchini though! Seems to be lots going on. 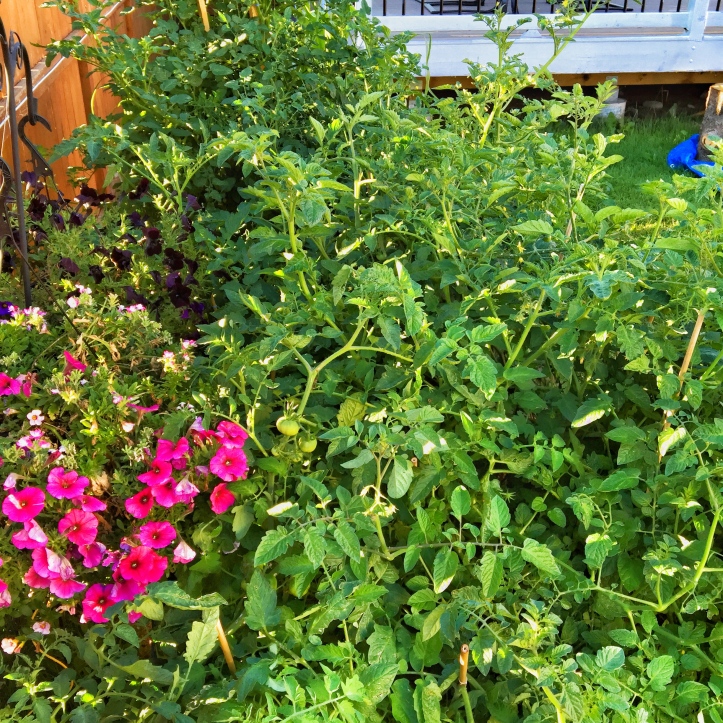 The tomatoes are still out of control, and I’m still at a loss at how to control them.  I just tie this one to that one and tie that bamboo stick to the side etc. etc.  It’s a hot mess for sure, but I’m still so proud of them! 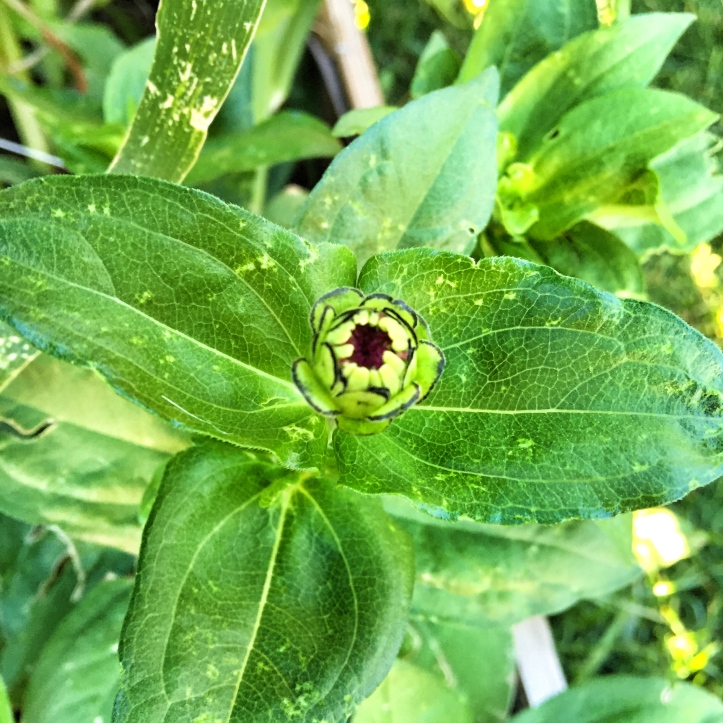 My Zinnia’s are so close to blooming it’s not even funny! Next year I will start all my flowers from seed – hopefully in a greenhouse!

My corn seems to be doing ok.  It’s so interesting to me watching every day what develops in the garden.  I’ve seen corn grown before but I’ve never closely observed each step the plant has to go through to eventually produce and supply our food.

In this garden the onions, peas, zucchini and flowers are growing well.  On the other hand the cucumbers, squash, carrots, beets and broccoli I am losing hope for.  I’m going to be patient to the end of the season though!

I went to a local greenhouse to buy a plant for a friend and they happened to be having a 50% off sale on roses.  I’ve never thought about/desired to plant roses but the sale all of a sudden put visions of pretty cut roses in my head.  I bought these two varieties and planted them on the opposite side of the yard from the gardens.  I had no plans for that side of the yard but now I’m liking the extra foliage over there.

I’ve been eating a handful of cherry tomatoes and peas each night this week.  Not enough to make a substantial snack but enough to let me enjoy the fruits of my labour.  I also picked the two zucchini’s which were becoming odd shaped.  I’m going to have to research why that happens.

How are you garden’s coming along??

My name’s Ashley, I’m a wife, momma, and nurse currently on disability. When I started this blog I was on a journey to simplify my life.  I’m now on a journey of chronic illness and processing this new normal.  I write to inspire but I write mostly as a form of therapy. Thanks for stopping by and remember to say hello!